Profiles are being moved to the new community ran site, Wootabase, to find more guides on League of legends head here: https://profiles.wooting.io/Search/League_Of_Legends

In this guide, we will cover how to configure your keyboard to what is shown within the video below with the use of DKS:

Bind all the hotkeys you want to use for all the Normal Cast spells. In this case, we use the QWERDF standard.

Choose a modifier key you would like to use for Quick Casting and bind it in combination with the corresponding Normal Cast spell keys. In this case, we use Shift key. 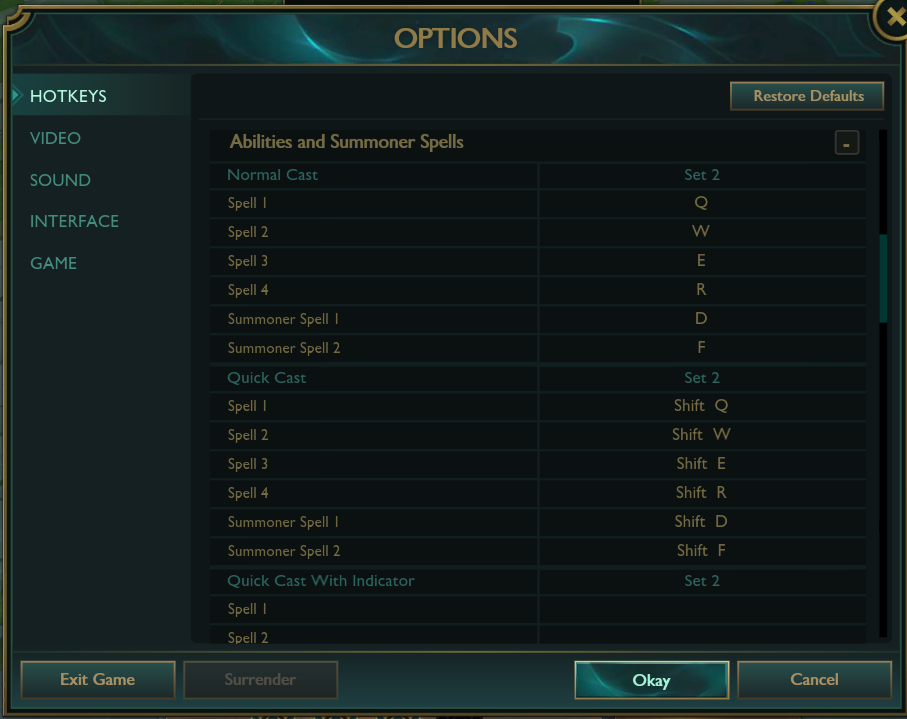 DKS setup (as it is not shared over profile codes) 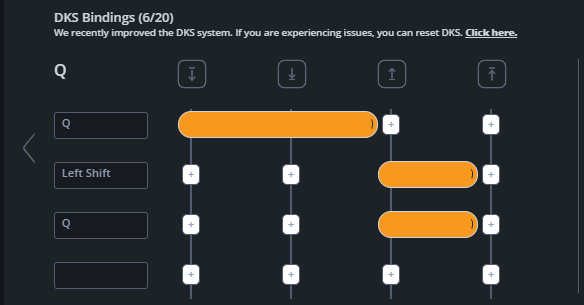 Repeat this for the keys QWERDF, and the DKS keyboard will look as follows once all keys have a DKS assigned: 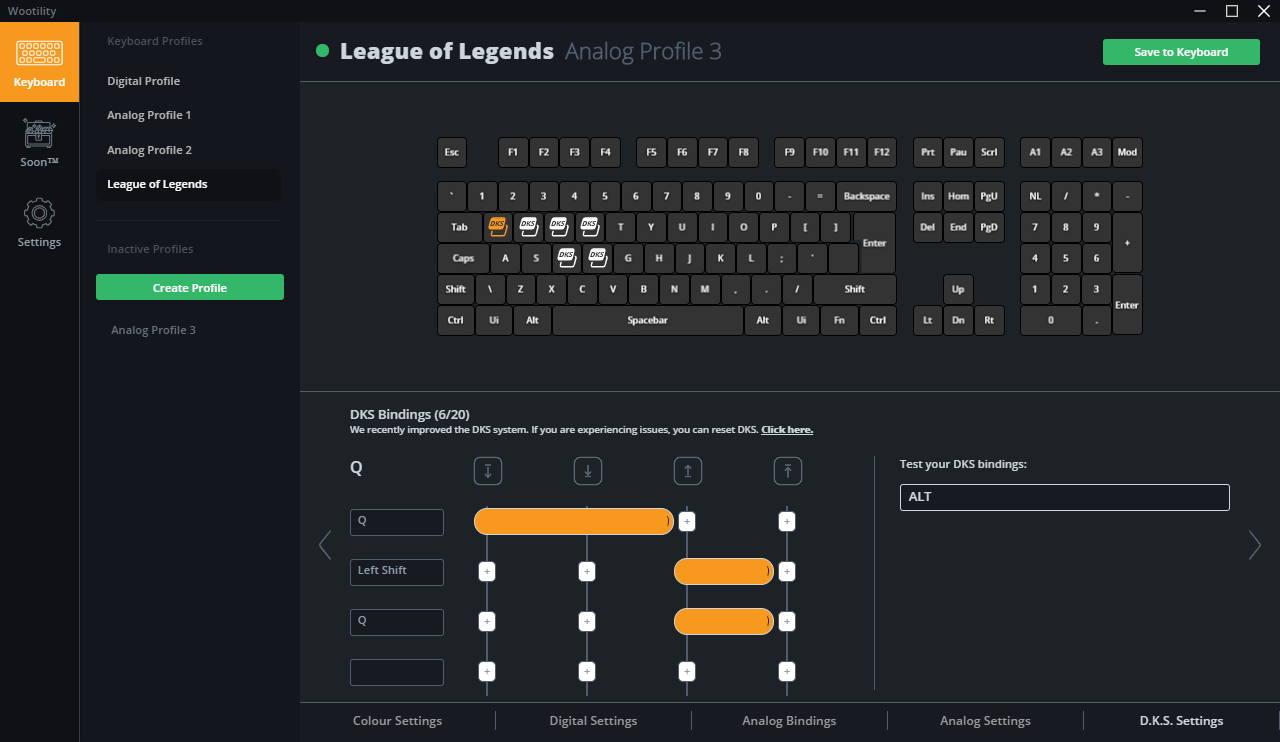