Certain games don't allow simultaneous input from a controller, keyboard and mouse. Because of this, it prevents you from making analog movement while at the same time controller the camera with your mouse for example. A workaround is to map both the Wooting keyboard and your mouse to a single (same) controller. Specialized hardware such as XIM Apex or software such as reWASD can be used to achieve this result.

This guide will show you how to use a tool such as reWASD to bind both Wooting's keyboard and a mouse to a single controller.

The tool reWASD (https://www.rewasd.com/) is a commercial third-party application to rebind controllers. It'll install a driver that will interfere between the controller and system. Wooting doesn't offer any official support for the tool nor can Wooting guarantee that it will work.

How to configure the mouse as the right joystick

Select the Xbox 360 of the Wooting (1.) and click on the little icon to group devices (2.). By hovering over the icon of an entry in the device list the vendor and product ID of that device is shown. The Wooting One has the ID 03EB/FF01 and the Wooting Two 03EB/FF02. 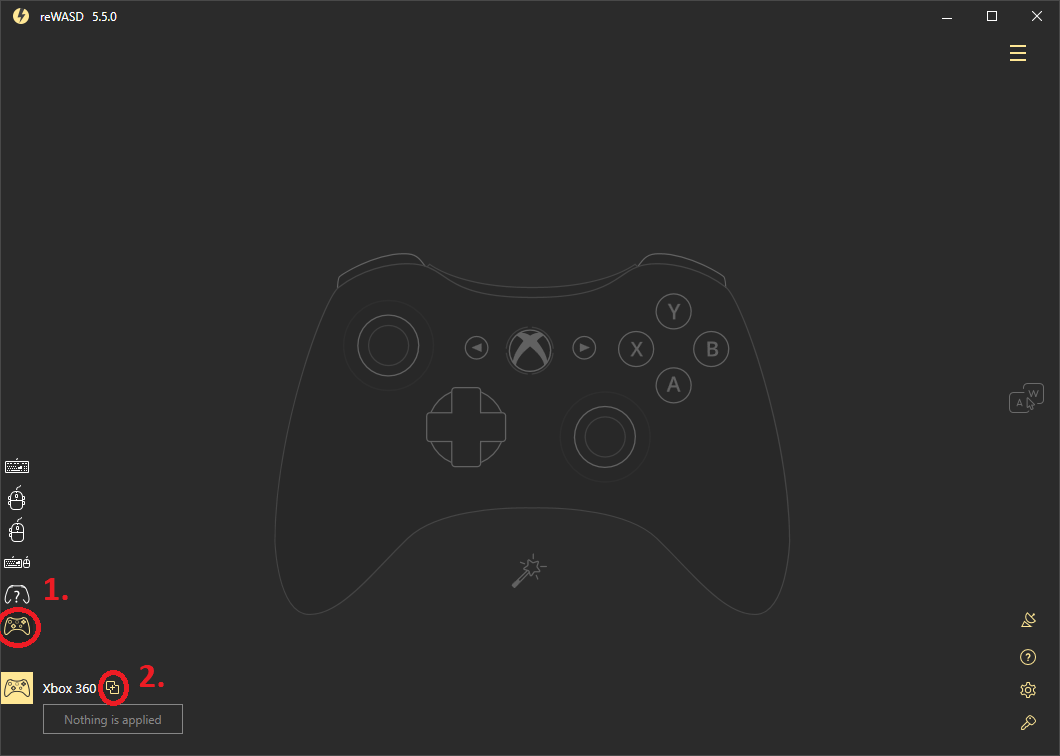 On the new appeared window add the mouse to it (3.) which should be used to feed the right joystick and close it in order to create new group. For a wireless mouse the correct USB receiver for it needs to be selected.It's recommended to rename that group so it can be better identified later on. This can be done by selecting "rename" after right clicking on the generic name.

While this group is still active enable the remapping for it by clicking on the menu icon (4.) and choosing "Switch to Xbox 360" (5.). 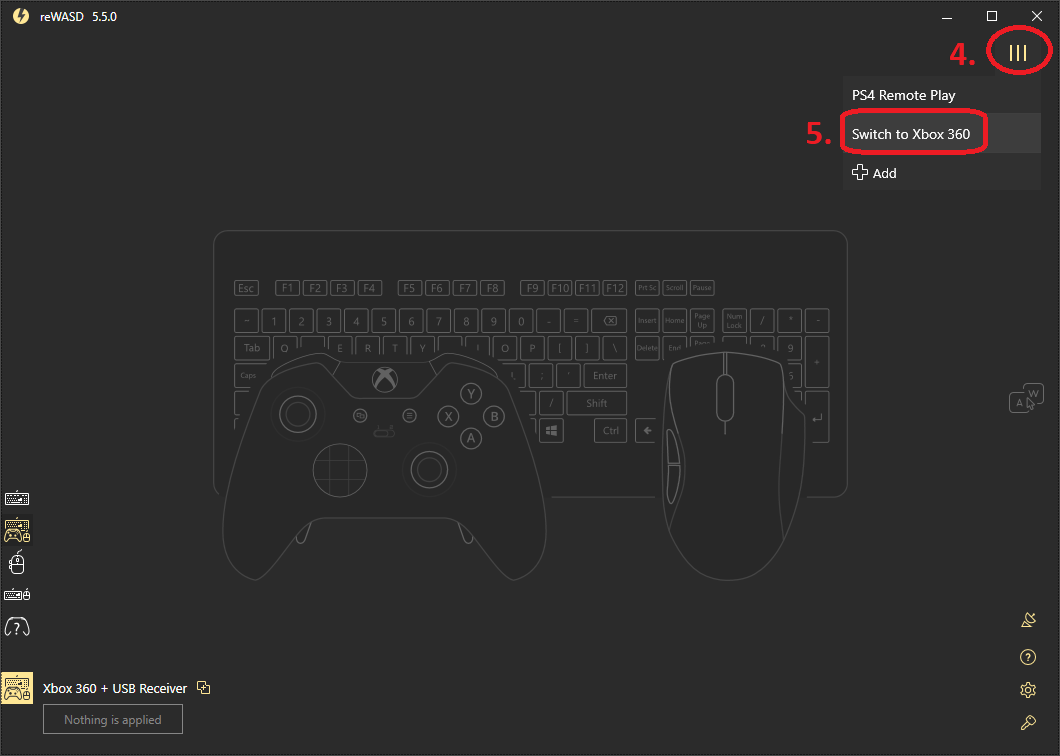 While any mouse buttons won't work anymore if they are bound to something else, the mouse cursor will still be controlled even it's also bound to a joystick as long as this control isn't directly unbound. 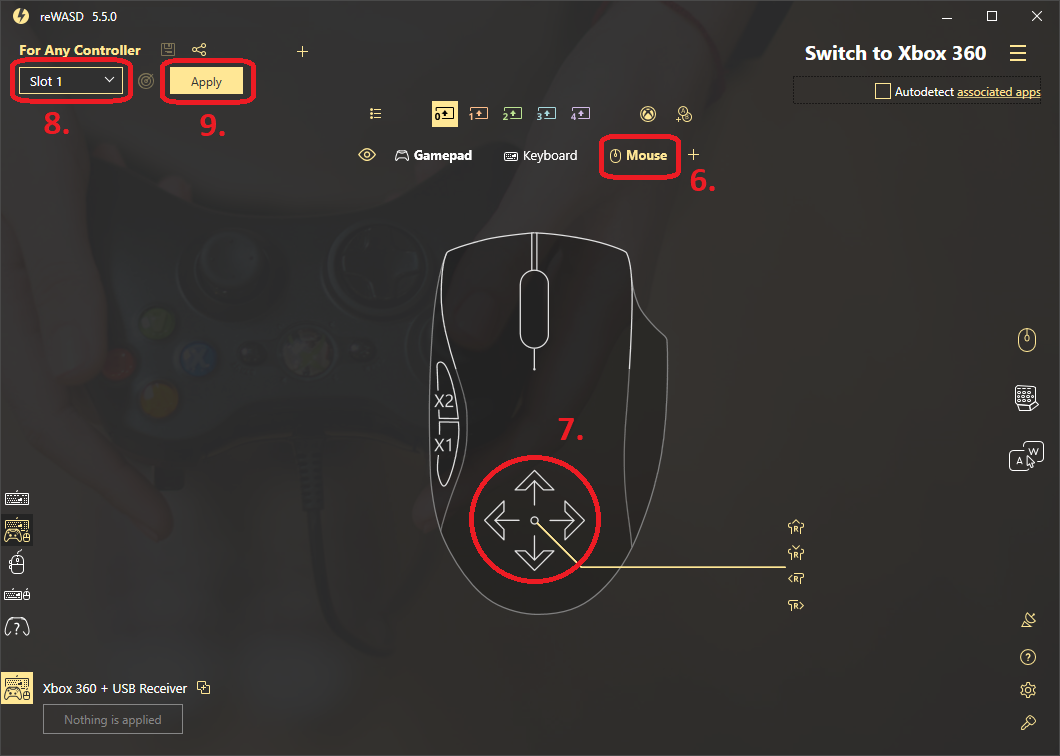 In order to have all controls available, the current profile for the Xbox 360 controller can be either set up with all possible bindings within the Wootility or the keyboard of the Wooting can be added to this device group so that the assignment can be done via reWASD. If the assignment is handled by the Wootility all the controls for the controller should be leaved as standard in the "Gamepad" sub configuration. 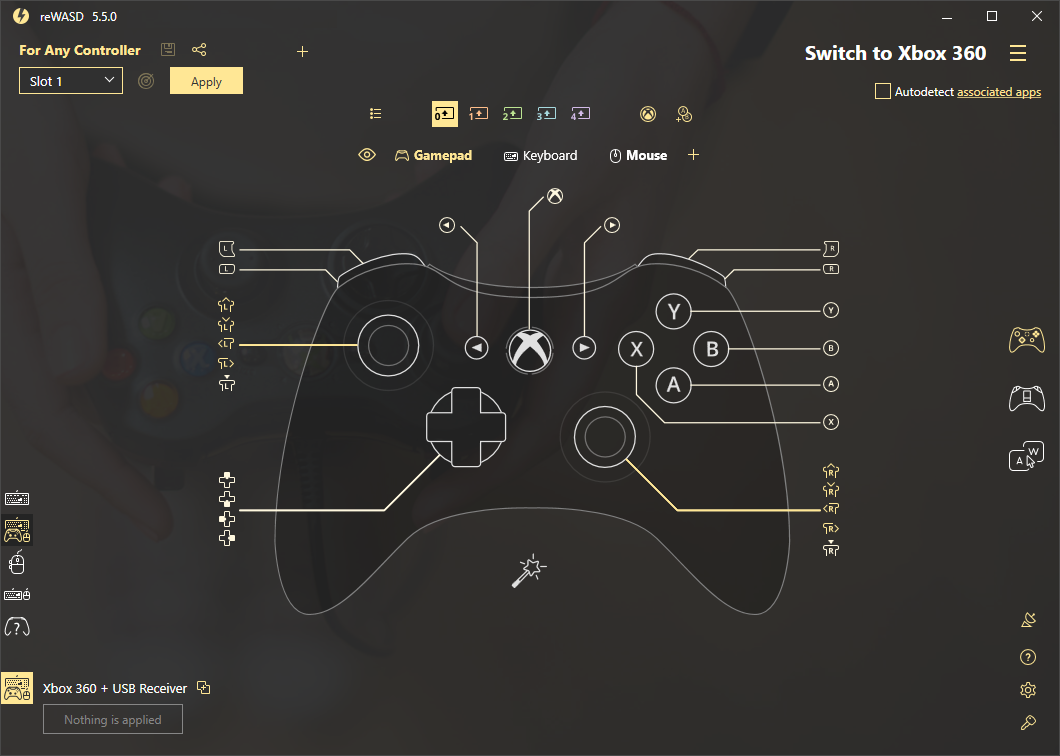 Credit for this helpdoc: @Rocky_4 on Discord